The game also rewards you for being more forward or even aggressive...

Theme and What is it?

Tatsu is based on a Japanese legend. Two Dragon Lords were both in competition for the hand of Princess Kushinada. The Princess’ villagers were scared by the fighting of the Dragon Lords’ armies, and enlisted the help of a powerful wizard to protect them. The wizard cast a spell on the armies, imprisoning them in an arena where they were forced to stay in combat for thousands of years, until one of them won the victory.

In Tatsu, players have several dragon pieces, and use these pieces in combat with their opponent. The game is effectively a race to victory by knocking the opposing dragons out of play.

The player board consists of 2 circles, an inner and an outer circle. Dragon stones are moved around the inner circle one space at a time, and can enter into combat with the opposing dragons they encounter.

All players start with 3 vine dragons (green) in play, placed in the inner ring above the numbered 1-3 spaces in front of them. Two dice are rolled on each turn. Players have the opportunity to move any of their in-play dragons around the inner circle (black moves clockwise, white moves anti-clockwise). They can also choose to move one or two stones on their turn – using both dice to move one stone, or choosing one die result each for two different stones.

The circle contains 6 segments which allow players to bring a new dragon into play. When a player’s stone lands on one of these segments, they take one of the corresponding coloured dragons from their tray (if available) and place it on their mat. Dragons on the mat can be brought into the circle by using a dice result of 1, 2 or 3.

The game ends in one of two ways. Victory occurs if one player destroys all of one type of their opponents’ dragons, or if one player has no more dragons left in play – either in the arena or on the mat.

Our first time playing this was at the UK Games Expo in 2016, and it was actually the first game that we played on arriving there. We had previously really liked Hive, and we’re always on the lookout for solid 2-player games.

Tatsu didn’t disappoint – it looked lovely, and for a game which employs roll and move, it still allowed players enough options due to being able to allocate dice. We didn’t buy it after playing; however something stuck with us throughout our time at the expo and so before leaving a few days later we went back to pick up a copy.

The components to Tatsu are excellent – anyone familiar with Hive will be able to attest to the quality of its pieces, and the stones in Tatsu are in the same vein.  The board is robust and finished well, and the insert holds all of the pieces in place neatly.

However, for me the production falls down massively with the actual box – the lid doesn’t lift off; rather the insert has to be slid out of the side. Consequently, the more play this game gets, the weaker the box becomes. It does look impressive from a display point of view, but loses a lot in terms of practicality.

I really like the look of this game. The designs on the board are elegant, and I particularly liked the use of the black and white dragons in the middle to indicate the movement around the board.

The game also rewards you for being more forward or even aggressive – an easy defense strategy is to try to keep your stones paired up to avoid being attacked by opposing dragons.

However, this can prolong games and drag them out for too long. It’s more effective in Tatsu to leave your pieces exposed and vulnerable in order to put yourself in a better position to attack, and certainly more satisfying.

The mechanisms involved here aren’t difficult, which makes it ideal to introduce to younger players.

The dice management builds nicely on what they may have experienced previously in simpler games, but with varying degrees of challenge. Sometimes moves will be clear based on dice rolls, others may take more thought.

The placement of the segments allowing the more powerful fire dragons to be brought into play is such that stones need to progress further round the circle without being captured or expelled, which can be more challenging as the game goes on.

Lots of people might look on a game which is based around rolling dice and moving pieces as boring or uninspiring. However, Tatsu uses this element well without it being limiting. Players are always left with an option, as there are a variety of pieces to move or summon.

More than anything else, the dice system is about making the most of what you have. I don’t think it quite matches up to Hive, but it certainly comes in a close second. 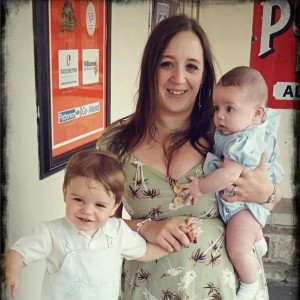 I'm a teacher and mum from Gateshead, UK. I play board games most days with my husband, and with my nine-year-old stepdaughter as well when possible. Our games of choice are mostly Euros, especially Feld, and anything that's good for family gaming.
All Posts

It is a significant expansion and if your children love My Little......

The artwork is very cute. It makes me reminisce of Little Foot......

Although this is intended for a younger audience, it is also a......

Tatsu is based on a Japanese legend. Two Dragon Lords were both in competition for the hand of Princess Kushinada. The Princess’ villagers were scared by the fighting of the Dragon Lords’ armies, and enlisted the help of a powerful wizard to protect them. The wizard cast a spell on the armies, imprisoning them in an arena where they were forced to stay in combat for thousands of years, until one of them won the victory.

Top 10 Games to Play when Stuck at Home

A Song of Ice & Fire by CMON Games: Painting Poorly...